Miraculous: Tales of Ladybug and Cat Noir is a French cartoon produced by Zagtoon and Method Animation. And written by Thomas Astruc. Thomas Astruc’s concept of Miraculous Ladybug was first planned to be adapted into a 2D anime in association with TOEI Animation. But it was later changed into a 3D CGI animated cartoon as this style seemed to suit it better. With three seasons and two more under production, the show became one of the most popular kid’s shows. Despite the age rating, Miraculous has attracted a lot of teenage fans following.

The story follows the lives of two young teenagers named Marinette Dupain-cheng and Adrien Agreste. Marinette is a sweet and creative girl who aspires to become a fashion designer. She has a very loving family; and friends who love her just as much. Adrien, on the other hand, lost his mother at a young age and lives with a father who has socially distanced himself since his wife’s disappearance. Despite his circumstances, he is a kind and optimistic boy. They are both normal 10th-grade students living in Paris-the city of love. But they both have a secret that no one knows yet. When Paris is in danger, they become the city’s superheroes Ladybug and Chat Noir.

Their powers come from ancient magical jewels called Miraculous that are inhabited by tiny creatures known as Kwamis (The word ‘Kwami’ is derived from the Japanese word ‘Kami’ meaning God). There are currently 19 miraculous with 19 of their Kwamis in Paris. This Miracle Box is protected by the last remaining guardian Master Wang Fu. Similarly, other Miracle Boxes around the world have unknown miraculous powers and Kwamis for different abstract concepts. Ladybug’s miraculous are her earrings. Her kwami is named Tikki who is the Kwami of Creation. Her miraculous gives her the power to create an item for help, purify the evil and reverse any damage caused during battles. Chat Noir’s miraculous is his ring. His kwami is Plagg the Kwami of Destruction. Plagg gives him the power to destroy anything he touches. Together they fight against Hawkmoth, another miraculous holder who uses the power of the butterfly kwami to create Akumas that terrorize Paris.

Inside the Miracle Box, the bug and the cat miraculous are placed in the section with Yin and Yang logo. This shows that these are contradicting powers that balance each other, making Marinette and Adrien two halves of a whole. Creation and Destruction, Good Luck and Bad Luck working together as one. The other miraculous are placed around the bug and cat miraculous in the Miracle Box. These other miraculous seem to be based on Chinese zodiacs. Some of the powers of the other Kwamis are Illusion, Protection, Emotion, Transmission, Subjection, Multiplication, Teleportation and so on.

Romance is also one of the major plots of the story and they are sure to use the balance theory and the location of the city of love for it. Right from the start of the series we see that Marinette has a huge crush on Adrien while Chat Noir is head over heels for Ladybug. Unfortunately, these star crossed lovers are still oblivious to each other’s secret identities. This has kept them away from the love of their life for a while, leaving fans in anticipation of their relationship.

Season 1 of Miraculous had everyone engaged in the show with the character dynamics, the flirtation and hints towards the history of Miraculous. And also with many fan theories about the future of the story. Season 2 picked up the plot which was pretty repetitive in season 1. We see Adrien and Marinette become good friends rather than just classmates. While Ladybug and Cat Noirs start developing a closer relationship understanding and respecting each other’s feelings and slowly building an unbreakable bond of trust.

This season also introduced us to some new powers and new superheroes. And also gave hints of the villain’s motives for wanting to obtain the ultimate power. Season 3 was so far most important plot-wise. We see the development of relationships between characters. This season gave more in-depth information on the powers and history of the Miraculous. And also demonstrated possibilities for the future. It also introduced us to new heroes. By the end of season 3, a lot has changed for our heroes turning the odds against them. Fans are now eagerly waiting to see what’s in store for the upcoming season.

The release schedule of Miraculous Ladybug can be a little confusing. The episodes are released in different languages depending on the country an episode is first aired in. And the episodes can sometimes be released out of order. Though this series doesn’t have a sequence for watching episodes. The only sequence of the series is that you watch each season in the right order. As for the episodes, watch the first episode of the season first and the 2nd last and last episodes at the end. The rest of the episodes can be viewed in any sequence. 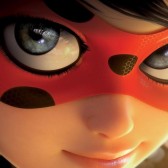