In Chapter 126, all the major characters formed an alliance against Eren. This chapter indicated that the alliance is going to fight against Eren in the coming chapters. The story is in its final stage where anything is possible, also its hard to predict what Isayama is thinking for the climax. However, one thing is sure that the manga possibly won’t have any happy ending, it was stated in an interview by the author. In order to defeat Eren, a formation of the alliance took place in chapter 126 and Shingeki no Kyojin 127 will reveal more about the alliance, like how they agreed to join forces.

The last chapter was the final installment of the volume, so it was a little rushed. Don’t lose your hopes in the author, there is something unexpected is waiting to be known in the final chapters of this story. The whole community divided into two sections, one who supports Eren Yaeger and the other one thinks he is evil. So, without further ado let’s talk about Shingeki no Kyojin Chapter 127 which is going to release in the next couple of days.

It is confirmed that the next chapter is ready to be published, this means the chapter is done drawing, not published yet. We will have to wait a few days before it’s published or leaked online.

Chapter 126 had some problems but it is most probably because the chapter was the final one of the volume. Also, as we know from the previous trend, the volume’s ending always ends with something big. So the author forced too much info in this chapter to end the volume with something huge. Don’t lose your hope yet, Attack on Titan 127 will clear most of the confusion regarding the alliance.

As stated earlier, this manga is unpredictable and it is really hard for us readers to speculate the events of the upcoming chapters, but one thing is certain that chapter 127 will take more time diving into the development of alliance and the relationship between its members.

Moreover, Annie and Armin’s interaction was also poorly shown, but the chapter was already too packed so we might see a flashback of the duo in the upcoming chapter.

In this chapter, we saw that things occurred but we didn’t witness how or why they happened. Hange and Magath made an alliance but the details of the contract and their plans weren’t shown. It didn’t actually explain how Hange talks them down and influences them to listen to Levi. We just teleported to the central scene where they’re not engaging with each other despite being national enemies. It would’ve been fascinating to see the whole conversation.

All the characters are coming together and the story is hitting its climax and Historia is still staying in the shadows. We literally got everyone’s point of view since the rumbling started but Historia was nowhere to be seen. Here is hoping we might get to see her in Shingeki no Kyojin 127.

There were a lot of interactions straight up missing from this chapter, hoping we get to see them in Attack on Titan 127. The following chapter will probably spill the details on how the alliance came to be and Reiner’s reaction to their proposal.

The scans haven’t leaked online as of yet, they will most probably arrive on 5th March. When we receive the leaks of the upcoming chapter we will update this post. So make sure to bookmark TheAnimeFreak for awesome manga and anime article on time.

Where to read Chapter 127 officially?

Fans can read ‘Attack on Titan‘ chapters officially on Kodansha comics when it releases. To support the author, you can buy the original copy of the manga.

Chapter 127 will completely revolve around the alliance and their interaction. We have to wait for a couple of days to learn how this chapter unfolds, if you guys have any prediction regarding the next chapter this is the right time to share it with us. Comment below and let us know your thoughts on chapter 127. 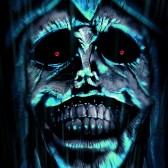